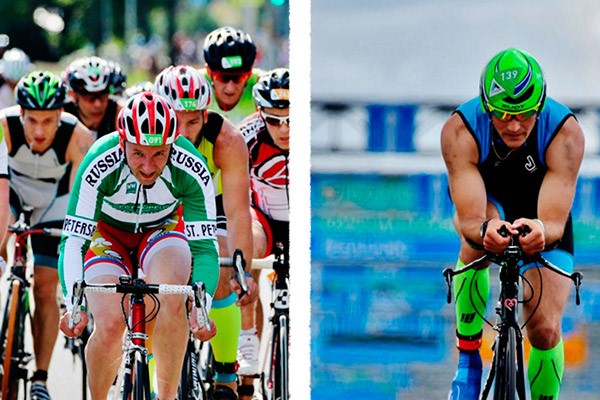 Recently there has been serious argument on the internet should drafting be permitted in amateur races. Once again, drafting is a riding technique within a group, when the leader is closely followed by the next group member therefore reducing one´s effort to cut the wind. On the one hand, races where drafting is permitted tend to be more dynamic and unpredictable and give advantage to speedy sportsmen. On the other hand, such races require special group riding skills in order to avoid collision with other sportsman which is an obstacle to the beginners.

The opinions of those in charge of organizing Russian competitions about advantages and disadvantages of drafting split. Nevertheless the position of A1 TRIATHLON remains unchanged – all competitors must be satisfied! That is why in 2016 we are organizing races with drafting and without it:
•    Drafting is ALLOWED in A1 TRIATHLON Sprint on June 18th , TT bikes are not permitted to the race,
•    Drafting is BANNED in A1 TRIATHLON Olympic on August 21st, TT bikes are allowed.
We know that contact races are a fantastic opportunity for experienced sportsmen to show good results. Meanwhile we pay a lot of attention to safety, that is why from May to June within A1 Academy project we will organize an array of seminars and open trainings with professional coaches in order to teach beginners the rules and peculiarities of group riding.
We also recommend less experienced sportsmen to stay away from the group during the race to minimize risks to yourself and other competitors. Due to safety concerns hand rests and forearm rests are prohibited in A1 TRIATHLON Sprint
For those who are not yet sure of themselves and are afraid that somebody might hit their wheel Olympic start in August is ideal. A1 TRIATHLON Olympic takes place the same time with A1 TRIATHLON 226, drafting in this race will be prohibited and sportsmen can race on TT bikes.

So, depending on your priorities you can choose A1 TRIATHLON race that is most convenient for you to participate and most efficient: https://a1.ru/en/starts/